Language, texts and books have always been the key components of my professional activities. After studying French Language and Literature and Literary Theory at Leiden University, I joined Amsterdam University Press as an editor in 1995, and later took on a publishing role. Subsequently, I spent over eight years at Pearson Benelux, initially as editor of Dutch language higher education textbooks, later as publisher of the Dutch language business and general non-fiction lists. In the latter capacity, I was responsible for many titles in the Dutch version of the ‘…For Dummies’ series. Combined, this has resulted in a wealth of experience in both academic and educational publishing, which has enabled me to start my own consultancy in June 2009. 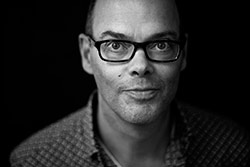 In my spare time, I actually read books as well - you can find some of my (Dutch language) book reviews on www.managementboek.nl.

See for an extended profile http://nl.linkedin.com/in/wardypoelstra.